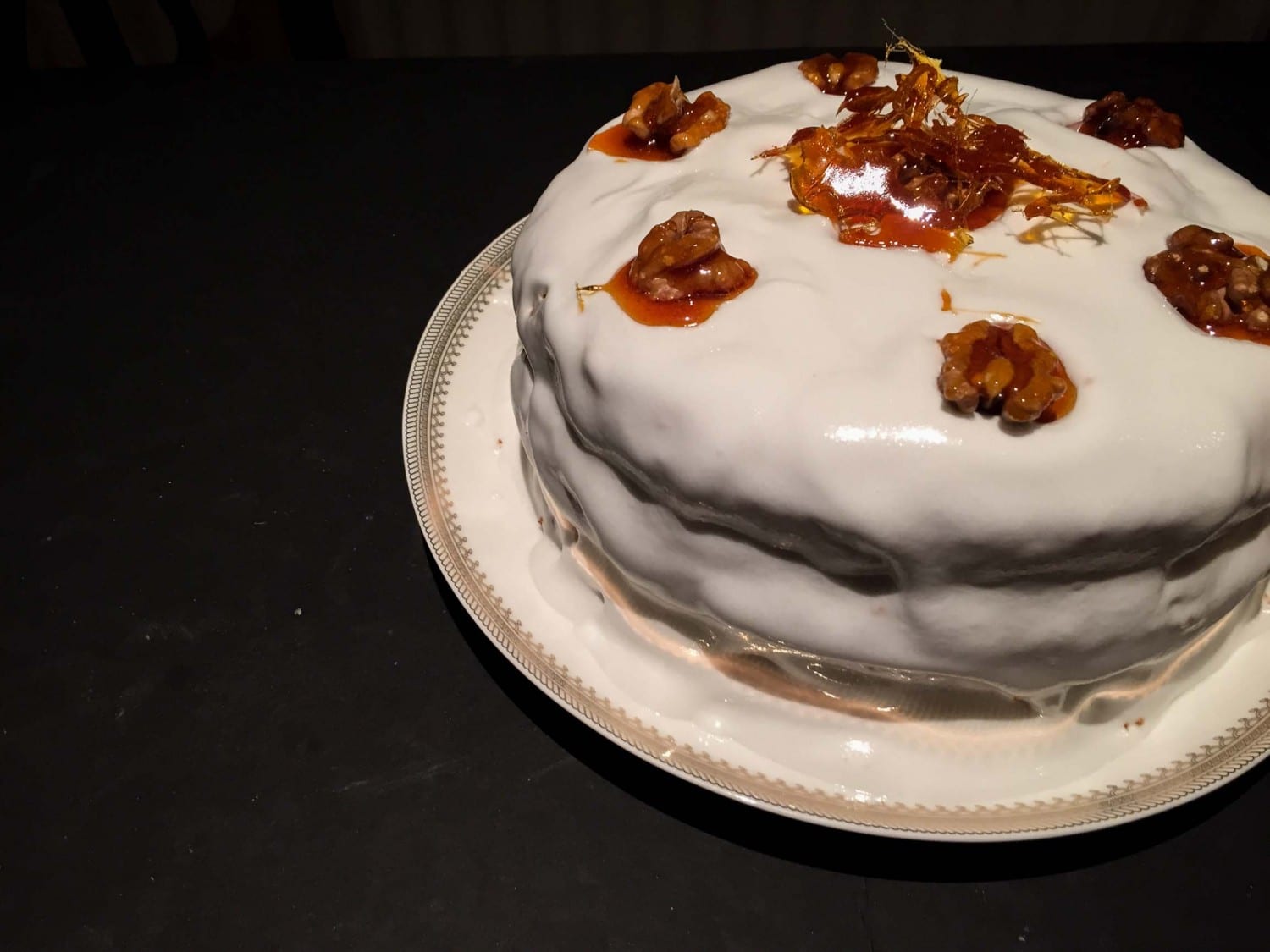 So I have decided, somewhat over ambitiously, to set myself the challenge of baking the technical bake-off challenge every week. I have to say I am by NO MEANS a pro baker. While I enjoy baking, it is usually pretty basic cakes, so this will definitely test my patience/skills! This was week 1 of the bake off, and contestants were challenged to making a madeira cake, Mary’s frosted walnut layer cake (the technical challenge) and a black forest gateaux (the “showstopper”).

The recipe for the walnut cake seems a bit complex due to the amount of ingredients listed, but I actually found it quite easy to make. That is until it came to the point of making the boiled icing, which I had never attempted before. I’m sure any of you who watched the show this week will not forget Paul saying “that icing is very granular” on more than one occasion! Now I’m afraid to say that my icing was very granular, and by that I mean you could still feel the consistency of the castor sugar. My icing was also far too runny, as you can tell from the photo. I honestly do not know where I went wrong- I whisked it for at least 10 minutes. Maybe my water wasn’t hot enough? Who knows! Anyway, it’s certainly not an icing I will be rushing back to make. Buttercream is more than fine for me! I’ve included the recipe below, but it can also be found here, including images of what the cake should actually look like! 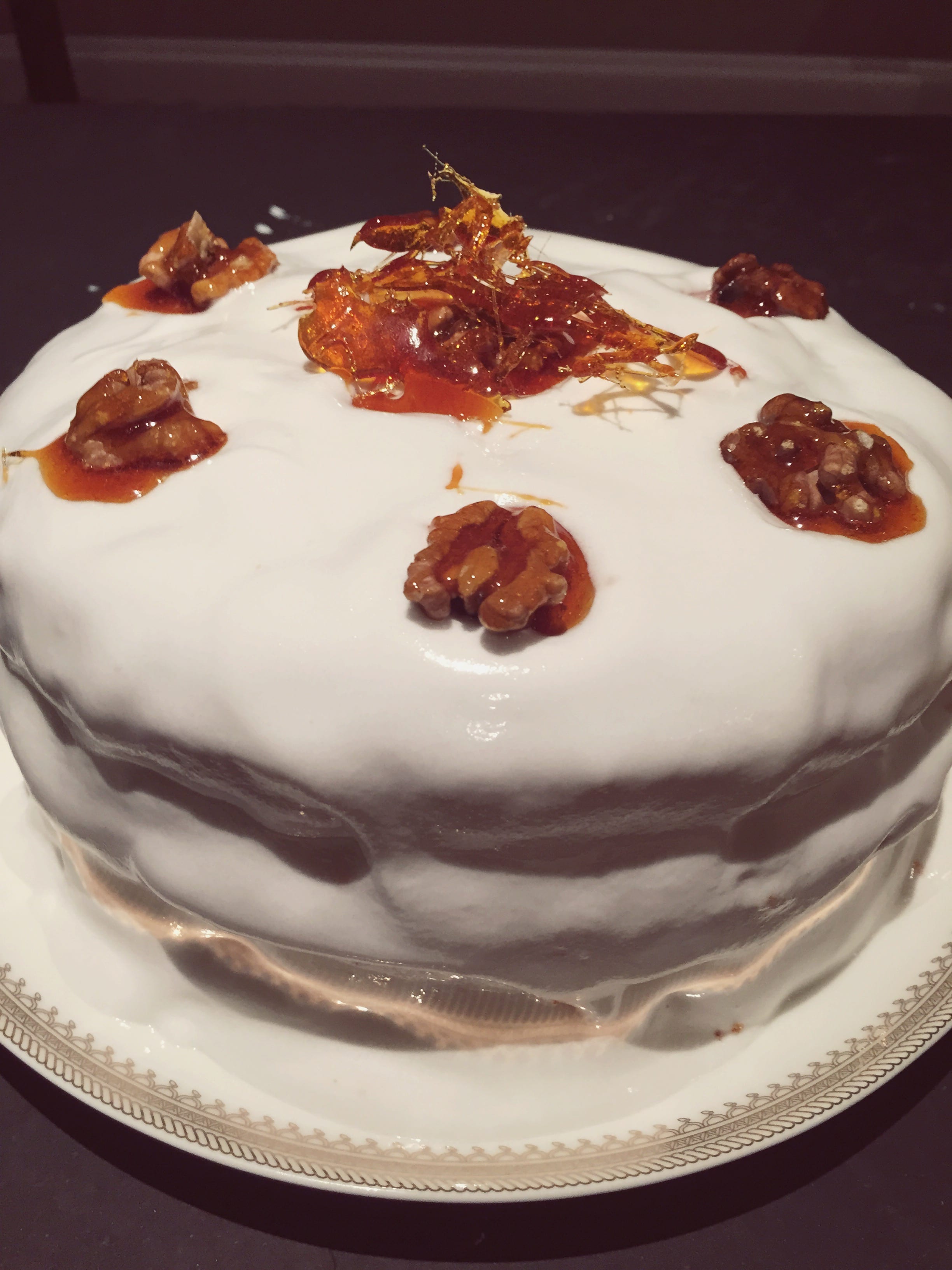 For the caramelised walnuts:

For the boiled icing:

1.  Preheat the oven to 160C. Grease 3 x 20cm sandwich tins and line the base of each tin with baking parchment.

2. Mix the flour, baking powder and walnuts together in a bowl.

3.  In a separate bowl, cream the butter and sugar together until pale and fluffy. Beat in the eggs a little at a time.

4.  Fold in the flour mixture using a large metal spoon.  Divide the mixture between the 3 tins.

5.  Bake in the pre-heated oven for about 25-30 minutes until the cakes are golden and springy to the touch. Leave to cool in the tins for a few minutes then turn out, peel off the parchment and finish cooling on a wire rack.

8.  Spread the buttercream over the sponges and sandwich together.

9.  For the boiled icing, measure the egg whites, sugar, water and cream of tartar into a bowl set over a pan of hot water and whisk for 8-10 minutes until thick.

10.  Cover the top and sides of the cake, swirling the icing to form softened peaks. Work quickly as the icing sets rapidly. Leave to set in a cool place, but not in the fridge. Decorate with the caramelised walnuts.

Why not join the bake along? For more information check out the GBBO website here! 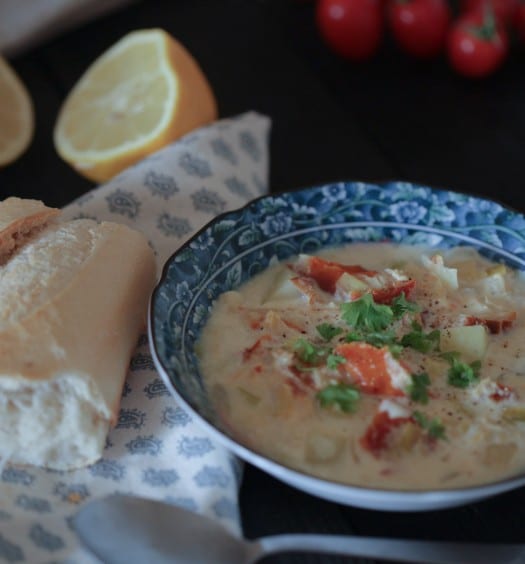 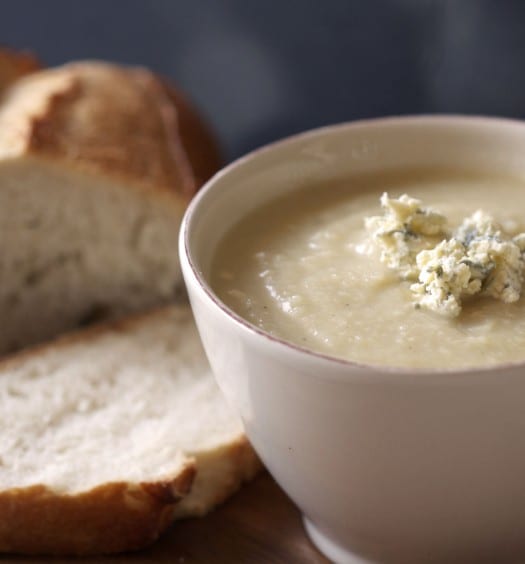